I missed the memo about driving. 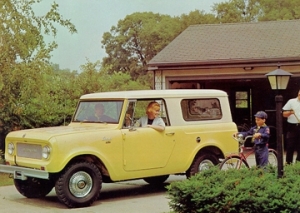 When it comes to driving, I’m what you’d call a late bloomer.  My parents weren’t thrilled with the idea of having teenage drivers in the house,  so as a consequence they didn’t lend much support to the endeavor.  The notion of getting a car of my own as a teen was pretty laughable and having access to the family car was pretty much a non-starter as well.

While most teens would have chafed at this limitation, I was actually cool with it.  To me, driving seemed like an enormous responsibility.  I was a morbid kid and for some reason I was preoccupied with the idea that if I got behind the wheel and had a horrible accident, I could kill someone.  It’s kind of a weird irony that the very “maturity” that made me mindful of what a big deal driving was actually stunted my maturity as a driver and, and to an extent, as a young adult.   Because I didn’t drive, I was a bit of social driftwood being tossed about at the mercy of those who could and did drive.  In some instances, I missed out on things.  In others, I was literally along for the ride when maybe I shouldn’t have been.

It wasn’t until I was in college that I had both the desire and a great opportunity to learn how to drive.  My dear friend Elizabeth was a few years older and a whole lot wiser than I was, and she took on my delayed driver education as a personal crusade.   She not only entrusted me with her seemingly indestructible Nissan Maxima, but also challenged me with a GMC Scout with questionable suspension.  With Elizabeth’s careful and supportive instruction, I learned.  I learned in parking lots, on city streets, and on busy Atlanta freeways.  Like any inexperienced driver, I was nervous as hell, but my nerves were compounded a bit by the fact that I was late to this driving party and I was a little ashamed about that.

It was a few years later, once my new driver nerves were well behind me, that I saw Incubus  perform their hit song “Drive” on “Mad TV”:

I had also missed the memo on Incubus, so I was just absolutely mesmerized by their sound and by the lyrics of the song.  Driving is an obvious metaphor for self-determination; and the song makes the point beautifully, plus it’s got a great hook and some sweetly subtle hip-hop beats.  I think it will always be one of my favorites.

Now, even in L.A. traffic, I love driving.  I love the freedom and I love escaping into my own little encapsulated world of the car.  And these days, I love singing with my son and stealing glimpses of him in the rear view mirror.  I can’t wait to teach him to drive.  Memo received.