I missed the memo about validation. 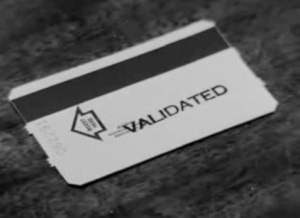 When I was in junior high (and yeah, back then, they called it “junior high”), there was a kid in my neighborhood who thought it was really funny to respond to anything anyone said by saying, “So, what’s your point?” At the time, I couldn’t quite articulate why this bugged me so much, but I remember just burning with anger and embarrassment when he said it to me.

A few years and a few psych courses later, I think I’ve figured it out.  I think it hurts a lot more to be dismissed than to be disagreed with.  It’s that whole “the opposite of love is not hate, it’s indifference” thing.  It might chap your ass when someone doesn’t  see things the way you see them, but I think it’s more devastating when they don’t even care enough to look.

It might sound kind of New Age-y, but I guess it’s called “validation”.  Even if you don’t agree with someone, you acknowledge them, you give them the right to have and express their misguided opinion.  It’s just a fundamental rule of fair fighting.

I’m a recent devotee of the TV show “Parenthood” and I through the magic of Hulu, I’m working my way through past episodes.  One episode was poignantly entitled, “I Hear You, I See You.”

I don’t know the whole back story, but it seems as if a bit of distance had opened up between the patriarch and matriarch of the family, as played by Craig T. Nelson and Bonnie Bedelia, respectively.  As part of their couples counseling, Craig T. Nelson’s character catches himself in little moments where he makes an extra effort to be mindful of acknowledging his wife’s feelings.  He turns to her and earnestly says, “I hear you, and I see you.”  It’s a little corny, it’s a little forced, but somehow, it’s everything he needs to say and every thing she needs to hear.   He validates her, and it’s lovely.

And since moving to Los Angeles, I’m become acquainted with another form of validation.   In some of the swankier parts of the city, it can cost upwards of $40 just to park your car.  Seriously, $40.  But if you’re lucky, sometimes you can get your parking validated.  When your parking is validated, the person or business is telling you that you had a good reason to be there.  They appreciate your visit or business enough to subsidize the cost of the parking.  It makes me feel worthy and important and it’s just so…validating.   Memo received.