I missed the memo about Spring. 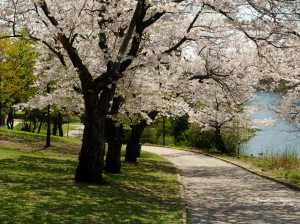 In my little suburban corner of Los Angeles, the mercury hit 92 degrees today.  It appears that Mother Nature didn’t get the memo that it’s only April.  With apologies to Joe Walsh, when it comes to weather in Los Angeles, I can’t complain, but sometimes I still do.  And my major complaint was captured in a catchy chorus…

After almost 10 years in L.A., I have recently convinced my self that I am just about cool enough to listen to the music programming on KCRW.    A week or two ago, I heard a track from The One AM Radio’s new album and I was blown away by the blasé melancholy…it was just soooo L.A.

A City Without Seasons

By virtue of my Navy brat pedigree, I am actually a native Californian, but with my formative years spent mostly in Virgina and Georgia, I’ll probably always have an east coast soul.  While I marvel at the convenience of having good weather so many days of the year, it is in fact very hard to measure time in a city without seasons.  Holidays sneak up on me now.  I forget birthdays.  Once, I even forgot how I old I was. In the land of perpetual summer, it’s easy to accept the delusion of perpetual youth.

While most transplants don’t miss harsh winters, we almost all miss the seasons.   There is something disorienting about it being 80 degrees in January.  Maybe it offends a hard-wired sensibility about the natural order of things.   In the words of Pete Seeger (by way of Ecclesiastes and made famous by The Byrds):  To every thing (turn, turn, turn) there is a season…

Without traditional seasons, perhaps I’m a bit adrift.  We do have roughly four seasons in L.A.:

I suppose I should quit my bitchin’ and just enjoy wearing flip-flops in February.  But I still miss Spring. Turn, turn, turn.   Memo received.